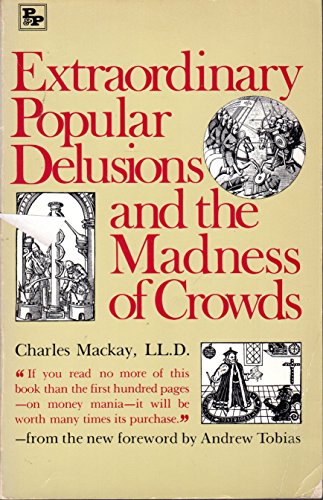 On November 5th, there was a “crowd surge” at a Travis Scott concert in Houston.

The crowd got out of control. People panicked. It was chaotic. People died.

Preventable because this has happened before. Not once, not twice, but hundreds of times.

Crowds cannot control themselves. Left to their own devices, crowds will overcrowd. They panic, stampede, and riot. And that leads to death. It’s terrible.

Humankind knows this. We know how crowds behave. Or we should know this. We should have learned this important lesson millennia before Travis Scott was a glimmer in his pappy’s eye.

But people need reminders. Without them, we repeat our past mistakes.

It’s the same for nightclub fires (I know it’s morbid. Stick with me and I’ll get to the investing content in a minute).

The Station Fire was far from the first awful nightclub fire in the United States. We’ve had fires that killed more than 500 people – from one building!!!

But at The Station, they forgot, ignored, or never contemplated the lessons weâve compiled from generations of fire safety.

People need reminders. Without them, we repeat our past mistakes.

Both Travis Scottâs concert and The Station Fire make me want to grab someone by the collar and shake them: âHOW DID YOU NOT KNOW BETTER?!â

But we already know the answer.

If we don’t actively choose to remember, then we forget. Entropy kicks in. We get lazy. We cut corners. Our safety systems lose their edge.

A tragedy jolts us. We suddenly remember, “This is why we had those safety measures in place. This is the bad outcome that can occur.”

The preferred choice is to maintain rationality before a painful reminder.

Every investing bubble in history is marked by the fact that rationality was forgotten. Common sense became uncommon, and past lessons were ignored.

Yes â the psychology of markets is eerily analogous to that of physical crowds.

The highs can be similarly euphoric. Weâre all one soul, maaaaannn! The music is flowing through me!

The lows can be similarly destructive.

And just like a fire or crowd surge, a market crash helps us remember that people need reminders. Without them, we repeat our past mistakes.

If I had to guess, that’s is exactly why Charlie Munger says that cryptocurrency is âdisgustingâ and âcontrary to the interests of civilization.â

Itâs because he sees crypto as a bubble. A bubble is equivalent to Travis Scott’s concert before the tragedy. It’s a powder keg waiting for a spark.

Munger doesnât want to wait for what he thinks will be a future Bitcoin panic. He wants to call attention to it now.

In other words, Charlie remembers. He remembers the many bubbles that heâs read about before, and a few that he’s seen first-hand. He doesnât want to forget or repeat past mistakes.

Is Charlie right? Iâm not wise enough to know. But Iâm sure listening hard.

Charlie is acting as a fire marshall. Heâs seen the charred remains of too many buildings. Heâs now walking into the Bitcoin Nightclub and calmly stating, âThis is a fire hazard and a death trap. Period.â

It’ll be hard to know if Munger is right. We might not know in a week, nor a month, nor a year. But if Charlie is correct and risk (the bubble) is present, then the law of large numbers mandates that tragedy will eventually strike.Â

Charlie, to his credit, is famously a student of psychology. He knows how people tickâboth individually and in crowds.

He knows that people need reminders. Without them, we repeat our past mistakes.

Thank you for reading! If you enjoyed this article and want to read more, check out myÂ ArchiveÂ orÂ SubscribeÂ to get future articles emailed to your inbox.